OSN has accumulated a number of Steel Awards for Excellence in Steel Construction. Below is a list of some of the awards which OSN have achieved: 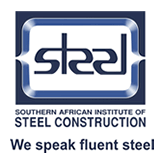